Capt. John R. Burkett was born in in Jackson, Tennessee on September 18, 1891. He entered service in Leon Springs, TX on August 15, 1917. He was assigned to Company C, 1st Battalion, 359 infantry, 90th Division and arrived in France on June 20, 1918 and was promoted to Captain on September 29, 1918. He participated in the battle for Saint-Mihiel. While participating in the Muese-Argonne offensive, Captain Roberts was killed in action on November 5, 1918, just six days before the Armistice was signed on November 11, 1918. His awards include the Silver Star, Purple Heart and World War I Victory Medal. John R. Burkett was the son of E.M. Burkett, charter member of Post 77 and Callie A. Burkett, charter member of Unit 77.

Second Lieutenant Beverly E. Miller was a P-47D Thunderbolt pilot attached to the 319th Fighter Squadron, 325th Fighter Group, the Checkertail Clan, 15th Air Force. On January 10, 1944, 2nd Lieutenant Miller was flying fighter escort for bombers targeting Sofia, Bulgaria. He experienced engine trouble with his fighter plane and had to ditch in the Adriatic Sea just off the coast of Yugoslavia. His remains were never recovered. He is listed in the Tablets of the Missing, Florence American Cemetery, Via Casa, Florence, Italy. His awards include the Air Medal and Purple Heart. Beverly E. Miller was the son of Fred Miller, charter member of Post 77 and Ida Miller, past president of Unit 77. 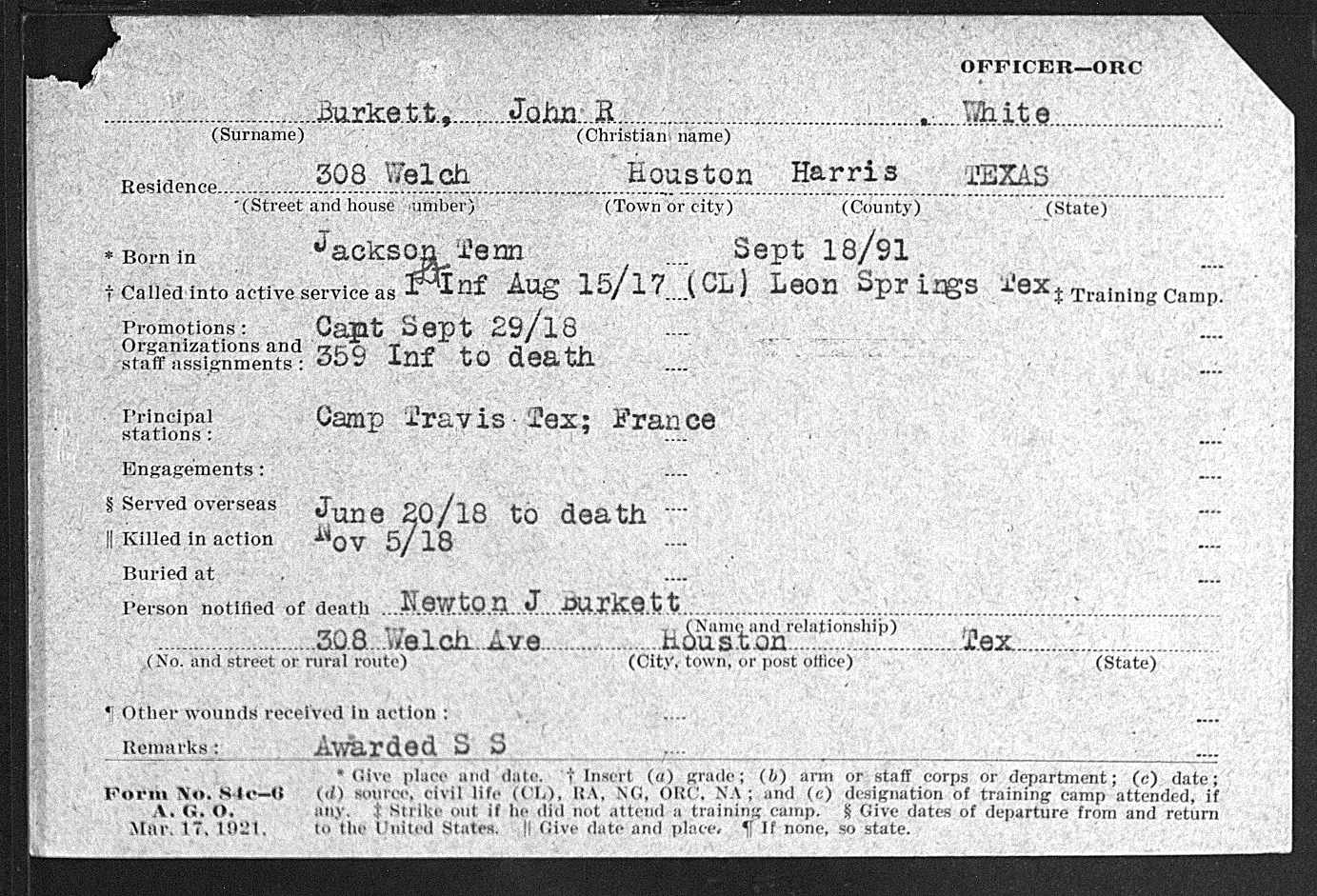 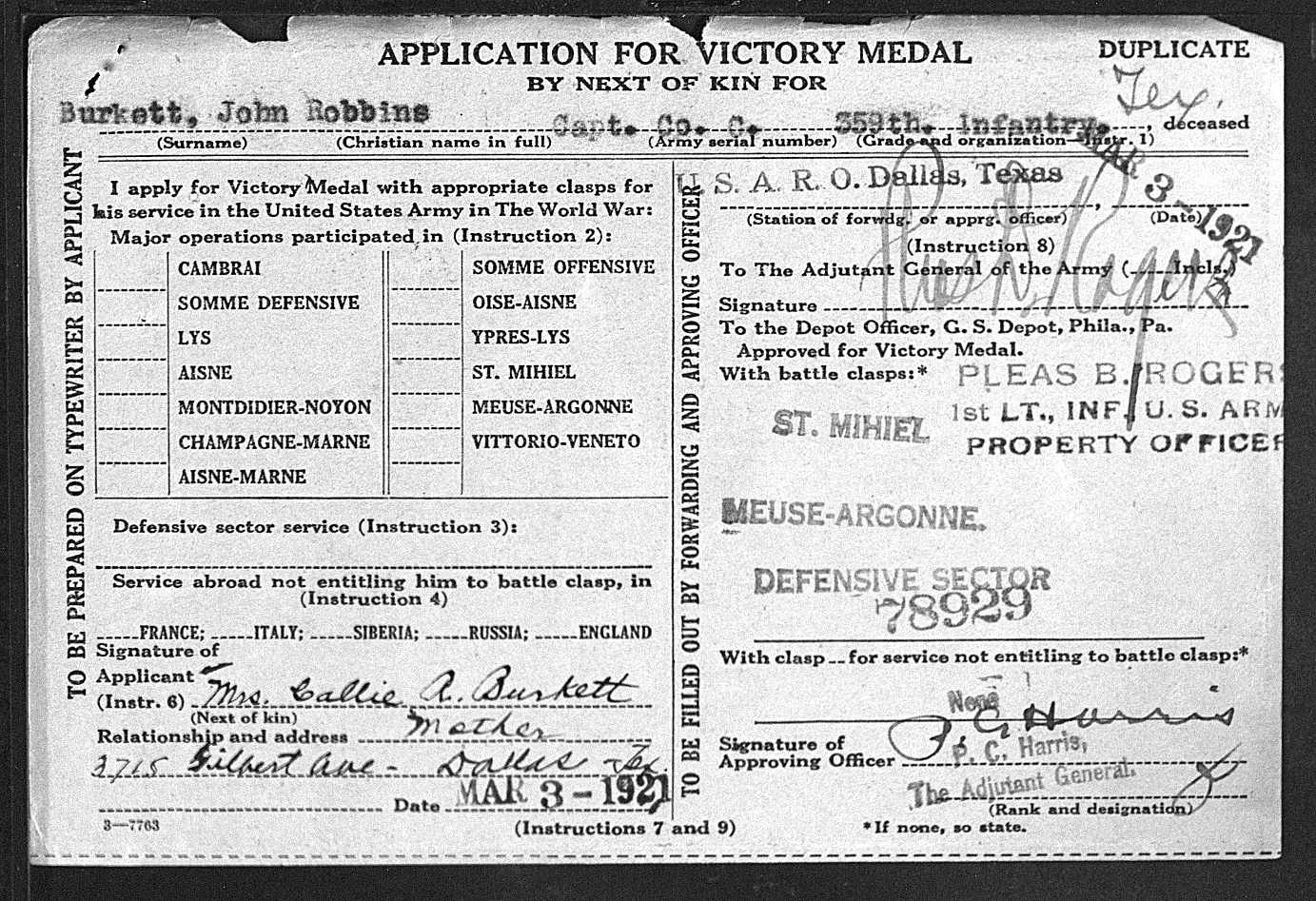